“Blockchain” is most frequently heard these days within the “FinTech” and “PropTech” environments along with terms such as “Distributed Ledger Technology”, “Smart Contracts”, “Tokens”, “Wallets” plus language to describe the myriad types of Ledgers found within the Blockchain environment.  As can be expected with any new technology, industry-specific nomenclature has evolved quite rapidly to describe key features of blockchain and assist in making the technology more intelligible to the business community. 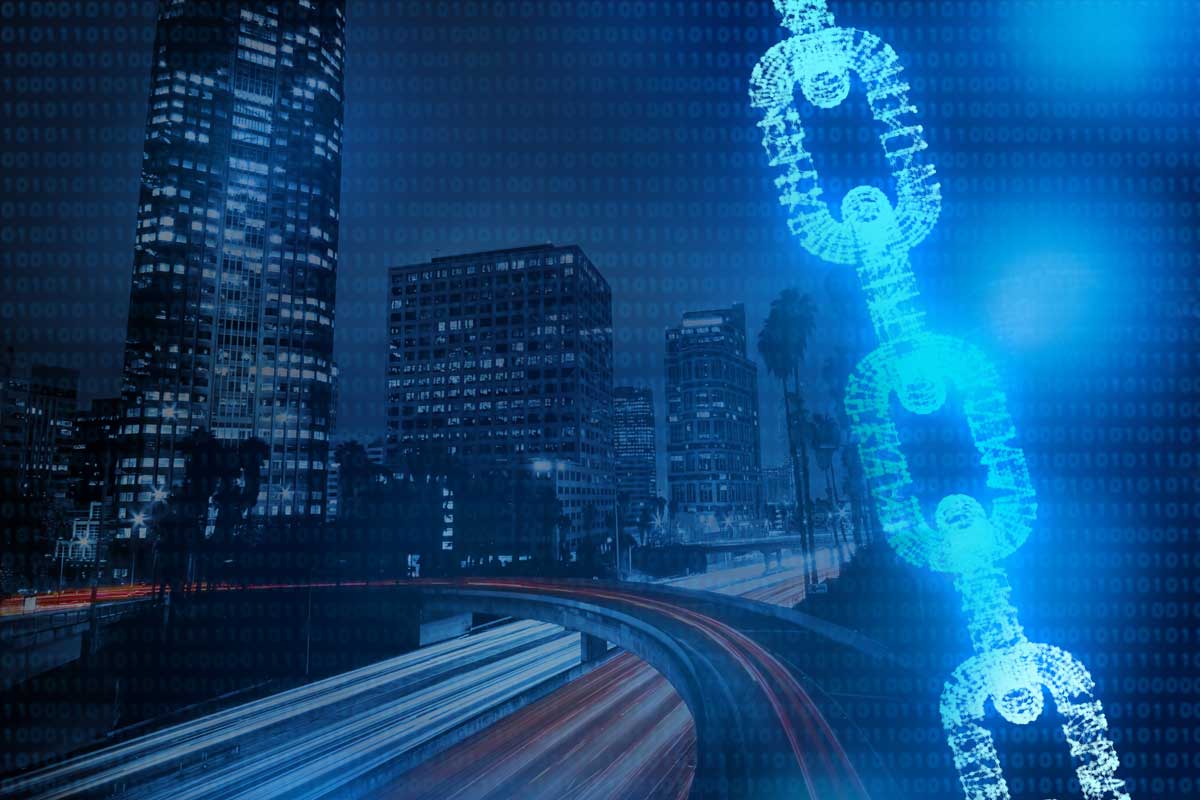 Whilst “Blockchain” and “Distributed Ledger Technology” [DLT”] are terms often heard within the same sentence, DLT has not, so far, received the same level of recognition. DLT is a type of database that is spread across multiple sites, countries or institutions. Records are stored one after the other in a continuous ledger. Distributed ledger data can be either “permissioned” or “un-permissioned” to control who can view it.

A DLT is decentralized to eliminate the need for a central authority or intermediary to authenticate or validate transactions. With a DLT, records are stored in the ledger by consensus among the parties involved and are time-stamped and given a unique cryptographic signature. All the participants can view all the records if “permissioned”. DLT is therefore designed to facilitate transparency, authenticity, security and decentralization.

A blockchain is a type of DLT. which is comprised of unchangeable, digitally recorded data in packages called “blocks”, hence the name. Each block is then ‘chained’ to the next block, using a cryptographic signature. This allows blockchains to be used like a ledger, which can be shared and accessed by anyone with appropriate permissions. Blockchain technology offers a way to securely and efficiently create a tamper-proof log for anything from shareholders’ records to international funds transfers, thereby efficiently providing an accurate and immutable audit trail.

Some of blockchain’s early adopters within mainstream international real estate have been developing the technology to good effect.  An article by a JLL Staff Reporter dated 28th August 2018 stated:

“As Europe nurtures its ambitions to be a leader in blockchain, the new technology is making small but significant inroads into its real estate markets.  From Sweden to Spain to the UK, more private companies – as well as public bodies – are turning to the fledgling technology, which acts as a shared digital register for transactions made in bitcoin or other cryptocurrencies. By connecting data sources, documents and other types of information, blockchain can improve security, efficiency and transparency within transactions. So far, it’s the residential markets that are leading the charge in the real estate sector. Earlier this year, a residential property was sold via blockchain in Manchester, while late last year, two UK homes were sold with the use of bitcoin. After a two-year trial, Sweden’s land registry or Lantmäteriet, is testing blockchain technology for residential property sales which could cut the time taken between signing a contract and registering a sale from months to mere hours.”

Another example of blockchain adoption is given in this extract from an article published on 20th February 2019 on the Cointelegraph website:

“Property development firm New World Development and the Hong Kong Applied Science and Technology Research Institute (ASTRI) will jointly launch a blockchain platform for home buyers with the Bank of China reportedly being the first bank user. The news was announced by local news outlet the Standard on Feb. 20. The platform reportedly aims to replace paperwork operations such as signing the Provisional Sale and Purchase Agreement or a mortgage application with digital authorization. This will supposedly allow users to send the purchaser’s authorized, encrypted and digitally signed provisional agreement to selected banks. Integration of distributed ledger technology (DLT) into organizations’ internal processes is estimated to help reduce banks’ operating costs by 15 to 60 percent, while the platform itself expects to see an increase in the number of users.”

Blockchain-based solutions typically involve the “tokenizing” of movable and immovable assets or other forms of securities. To tokenize real estate assets or physical goods, a Promoter issues a digital asset on a blockchain network which represents that specific asset’s digital counterpart. By means of this “tokenization” process, blockchain platforms are able to create digital representations of ownership rights in properties and investments, simplifying the process of re-selling those assets by creating a robust and liquid dual-sided market for what might otherwise be regarded as an illiquid asset. 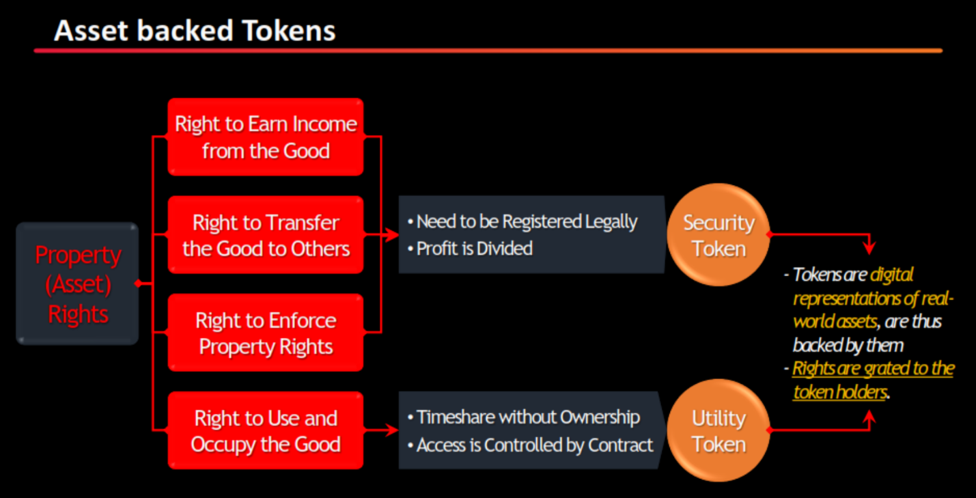 For the tokenization of assets to work securely and efficiently, there is a need for what are termed “Smart Contracts”.

The term ”smart contracts” was coined by computer scientist Nick Szabo in the USA back in 1994, and in the simplest of definitions, is a self-executing digital contract, one that requires no human intervention. Vending machines are often cited as the first type of smart contract; once the machine understands you have the correct money, the soft drink or snack automatically appears.

Smart contracts  have their terms recorded in a computer language instead of legal language and can be automatically executed by a computing system, such as a suitable DLT. In effect, smart contracts are a computer protocol intended to digitally facilitate, verify, or enforce the negotiation or performance of credible transactions without third parties. Smart contracts help users exchange money, property, shares, or anything of value in a transparent, conflict-free way while avoiding the services of a middleman.

For readers wishing to gain a deeper insight into how the technology might impact commercial real estate, please refer to https://ireportscdn.dbrs.com/research/321699.pdf -this is an  article by DBRS published in January 2018: additionally, reference should be made to a Deloitte article published in 2017 which can be found at: https://www2.deloitte.com/us/en/pages/financial-services/articles/blockchain-in-commercial-real-estate.html which also includes an extensive array of very useful End Notes.

An attraction of blockchain technology is its use in recording land titles which has been a challenging area to access in many jurisdictions because most information is kept offline. Blockchain has the potential to dramatically cut the traditionally lengthy process of recording and transferring titles, with the added benefit of virtually bullet-proof transparency. The UK government has already announced plans to move the country’s Land Registry to blockchain by 2022, under the project name ‘Digital Street’, while Sweden, Ukraine, Dubai and The Republic of Georgia are all reportedly trialing the technology.

The Global Shared Ownership Industry generated revenues of around USD $13.5 billion in 2018 and is expected to reach USD $21.7 billion by 2024, growing at a CAGR of 8.3% between 2019 and 2024. The most mature market is the USA where timeshare products are usually sold as deeded interests, primarily because of US GAAP and very prescriptive industry accounting rules.

There is potentially a huge untapped market for shared ownership offerings within The Peoples’ Republic of China where current estimates put the size of China’s middle-class at 400 million people or 140 million households. In comparison, the middle-class cohort constitutes half of the USA’s population where market penetration for timeshare is around 8% of income eligible households. Indonesia has a resurgent middle-class estimated to number 52 million people, according to the World Bank, with the greatest concentration located in and around Jakarta

China and Indonesia have been identified by reason of their huge domestic market potential but the actual structuring of secure shared ownership products, whether timeshare or fractional ownership, is challenging because of existing real property laws, as well as the absence of any industry regulation.

The innovative application of blockchain to provide secure product structures for timeshare and fractional ownership, not only within China and Indonesia, but also in other jurisdictions where the market for shared ownership is growing despite the absence of any regulation, is potentially one of the biggest opportunities to be grasped in support of Global industry growth.

Both timeshare and fractional ownership can take the logic of tokenization a step further. In most blockchain networks, tokens are divisible. Therefore, even if a token represents an indivisible physical asset, like a holiday home, the digital representation of ownership over that asset can be divided into suitable “parts” represented by “tokens” which in turn have specific time or usage values so that they can be sold to multiple buyers.

This is an innovative approach to structuring shared ownership products such as timeshare and fractional ownership. Subject to compliance with any applicable market regulation, it may provide a commercially viable business model incorporating a fully secure product structure as well as an alternative secondary market platform for these products.

In Part Three of this article, we will look at the tokenization process and examine some real-world examples of how blockchain has already been used in real estate transactions, as well as its possible application for the shared ownership of leisure real estate offerings. We will also identify several established platforms which have already adopted the Blockchain.